Home
TV Show
Swamp People Cast Net Worth & Salary in 2020: How much do Swamp People make?

Most reasonable people will hightail away at first sight of an alligator but not Southerners, no. After all, a great deal of people whose entire living comes from these alligators. We are talking about the cast of Swamp People, which stars a group of hunters from Louisiana who hunt such gators for their meat, skin, and other projects.

Even you might want to become a gator hunter after you hear the net worth of most of the ‘Swam People’ cast. It is as surprising as their salary from the show. Find out the ‘Swamp People’ cast’s net worth and salary right here.

Troy Landry’s Net Worth and Salary

Troy Landry has been the forerunner for Swamp People since its inception. He himself is a fifth-generation hunter himself and now mentors the sixths generation that is his sons; Jacob, Chase, and nephew Holden Landry. Born and Bred in Louisiana on June 9, 1960, Landry is one of the most famous residents in his area. 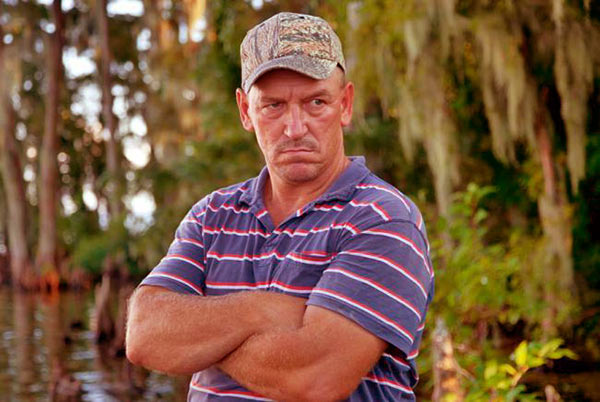 You may know Landry has a Gator Hunter, but he only does that in Gator season, which starts in September. Even Troy Landry has to abide by the state rules that forbid a hunter can only hunt as many tags he has. In season 11, Troy took the mission of filling in 1000 tags. Despite the most profitable hunting career, in the off-season, Landry delivers crawfish among other fish all around Louisiana. 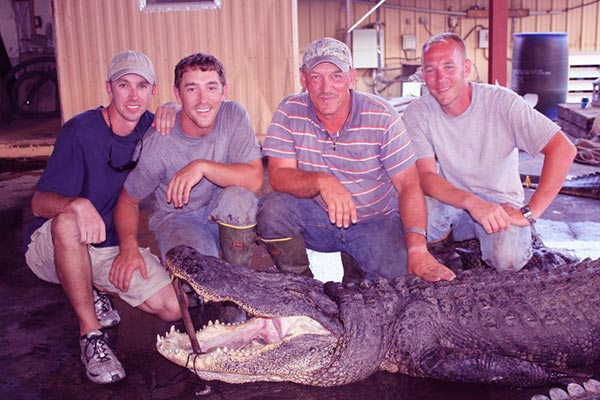 Terral Evans Net Worth and Salary

Terral Evans is one of Troy’s oldest friends and partners, and hunting gators is something he has done for as long as he remembers. He, too, has stood alongside Troy Landry since season 1 and, in doing so, has become one of the highest-earning members among the ‘Swamp People’ cast. Gators are not the only thing that Troy hunts. In the award-winning show ‘Bigfoot Lives’ sequel, ‘Bigfoot Leaves 2,’ he went on to hunt for the legendary Bigfoot itself. 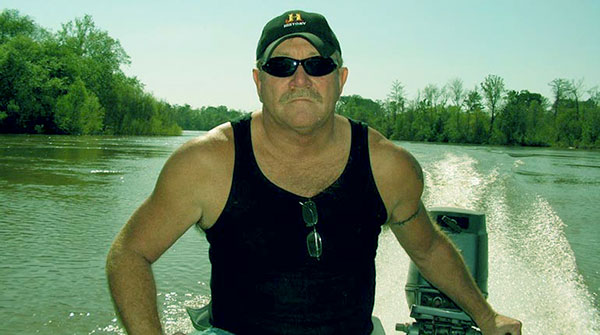 Terral Evans is also not just an immoral hunter and works closely with a Wildlife Conservative and Fisheries in Mississippi to keep the dangerous reptile population in check by the book. Long before he became a hunter, Terral Evans was a project manager with an Oil and Chemical Industry for almost 30 years.

Even before then, Evans was in the Marine Corps. His early life growing up in the banks of Pearl River on Honey Island and was taught necessary survival skills in the Swamplands, making him a perfect soldier. Through his diverse life and career, Terral Evans’ net worth and salary are still under review.

Jacob Landry’s Net Worth and Salary

Jacob Landry is the eldest son of Troy Landry, who from some time ago, is commandeering his own vessel for hunting crocs. Born on December 27, 1983, Jacob Landry grew up in and around Louisiana. He began working for his father, Troy Landry, and will quickly overtake his father someday in the business. Now partnering with Jay Paul Molinere, he takes down challenging hunts every season. 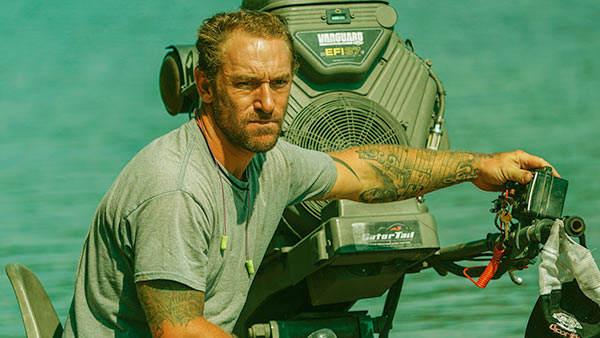 Jacob Landry also eventually partners with younger brother Chase Landry. The Landrys are, after all, probably the most prominent family of hunters in the state. The family grows greater by the day, too, as he married wife Lyndsi Landry in August 7, 2008. They have two kids together; Ridge Adam Landry born in June 2011, and Kase Landry born in June 2015. 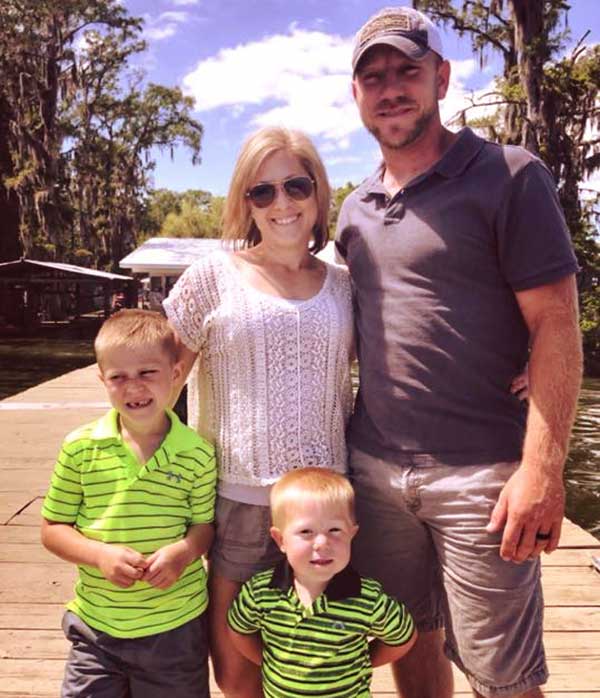 Caption: Jacob Ladry with his wife and sons

Jacob is already teaching his sons the swamp lifestyle as he takes them on hunting trips. The older son, Ridge, is even learning to shoot guns. Maybe someday they grow up and join the business or contribute to his father’s net worth in some other way. Jacob Landry’s net worth is impressive in itself, with a figure of $500,000 as of 2020.

RJ Molinere’s Net Worth and Salary

RJ Molinere is also a veteran alligator hunter who is not afraid of using modern or unconventional techniques to hunt for alligators. He has his trusty son Jay Paul Molinere by his side, which makes him basically ready for any type of challenge that may come under his way. 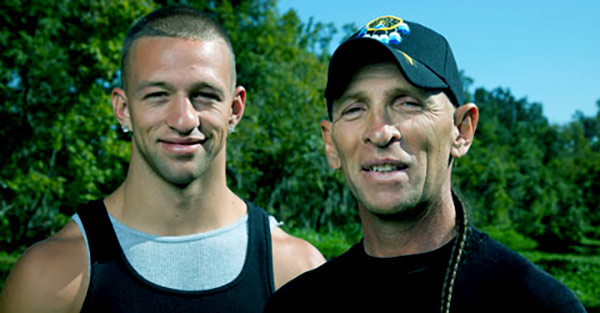 Full name; Rowland Molinere Jr was born on September 21, 1962, in a small Native American Village in Louisiana. No wonder he used Native American hunting techniques in earlier seasons. Despite his normal looks, Molinere is a beast when it comes to strength as he is an international Arm-wrestling champion.

Ashley Jones Net Worth and Salary

Ashley Jones is a rookie in the already male-dominated sport of gator hunting, but she is no amateur rookie hunter. She holds the nickname of ‘deadeye’ for her exceptional skills of hunting land animals like deer and her favorite animal, wild hogs. It was a fateful lottery win with a reward of a gator tag. For some help, she invited co-star Ronnie Adams. Adams was impressed with her first-time hunting for alligators and decided it would be right to ask her to his boat to help him do this full-time. 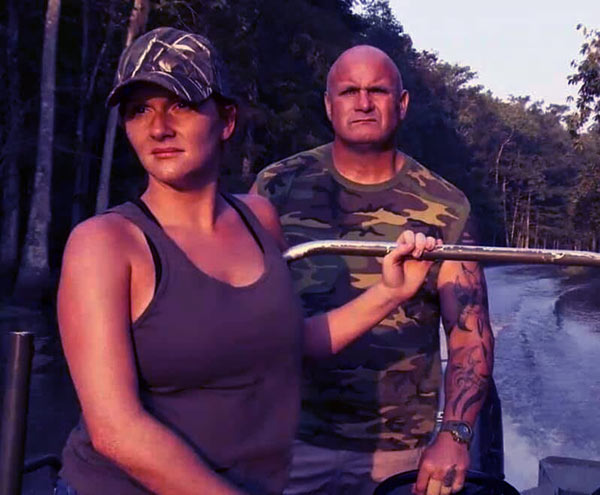 Thus, Ashley Jones became a part of the ‘Swamp People’ cast since 2018 last season, but that does not mean she is losing any popularity contest. You can understand where all her passion and determination come from, as she was not always the resourceful hunter we see in Swamp People today.

Even if you see her today, she seems perfectly fine and leading a happy life with her family composing of her husband Chad Jones and their three lovely children. However, if not for her dark past, she would have four children altogether. That is right; Ashley Jones had a miscarriage a few years back, pushing her into dark times of depression. 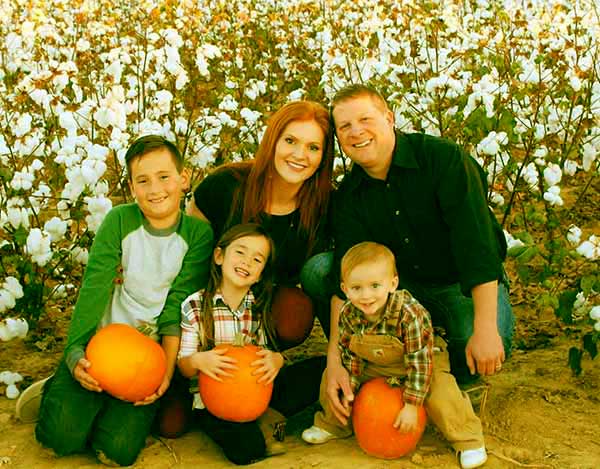 In 2014, she opened up saying, “It was like I was dead inside. It was like just going through the motions of life without getting anything back from it. It was a hormonal imbalance, and that’s normal, but I didn’t have anything I was passionate about to fall back on.”

Luckily her husband, Chad Johnson, was an attorney by profession but an avid hunter as well. He would share his hobby with his wife, Ashley, who did not take much time to excel upon. After a few good years of building her reputation on land, she recently took a leap to do the same in the swamps.

Due to her only recent introduction to fame, despite her big personal achievements, Ashley Jones’ net worth remains only $50,000 as of 2020. We are sure it will grow into a sum of more than hundreds of thousands in USD very soon.

Daniel Edgar’s Net Worth and Salary

Daniel Edgar, despite being one of the most prominent members of the Louisiana Alligator hunting, freshwater, and seafood industry, only made his debut on ‘Swamp People’ in 2015 from season 7. Edgar is not very camera friendly and puts down chances to be on a documentary about the Louisiana Swamps. It took multiple tries even from the ‘Swamp People’ creators to get him as a cast member since the earlier seasons. 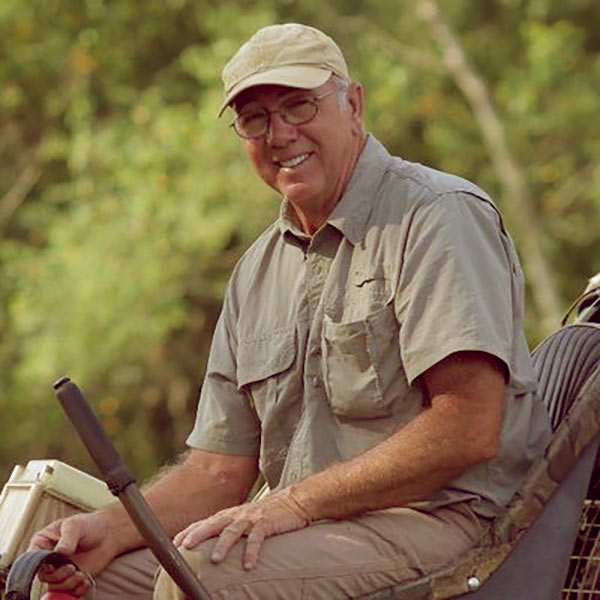 However, it took Troy Landry’s approach to finally get him to join, and we can easily see why the entire ruckus after him was for. Daniel Edgar’s experience makes him a fan favorite in a short time. We know he is a great hunter, but very few people know him as the owner of multiple successful businesses. He is the owner of the St. Mary’s seafood Incorporated, a fishing company, and Louisiana Baits Company, which has the ability to process as much as 500,000 fish. 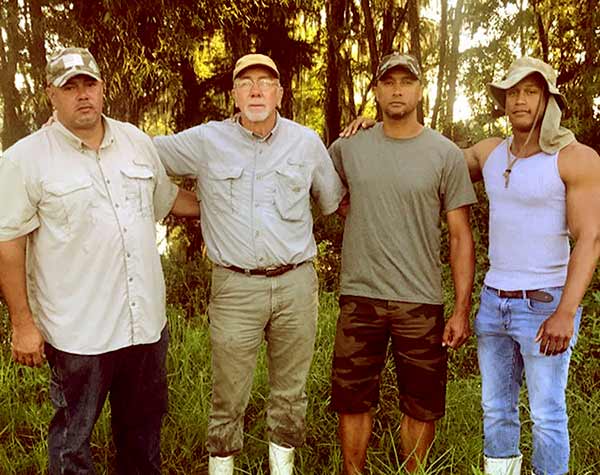 Caption: Daniel Edgar with his sons and Big T

Daniel Edgar also has two sons, Joey and Dwaine Edgar, who are both his co-stars in the show. While older son Joey Edgar is a full-time ‘Swamp People’ cast who mans his boat, the younger son, Dwaine, occasionally makes time for the family business when he gets time away from being a college baseball player. Both his son’s net worth is still under review. He also has a daughter, Danielle Edgar, from his second marriage.

Willie Edwards Net Worth and Salary

Willie Edwards is another original player in the game who has been part of the show from season 1 but still lives a very quiet life. Even when hunting, Willie Edwards even has the habit of going hunting solo, which he will repeat for season 11. Willie Edwards is going all the way old school by using his trusty treble hooks rather than the more popular bait lines. 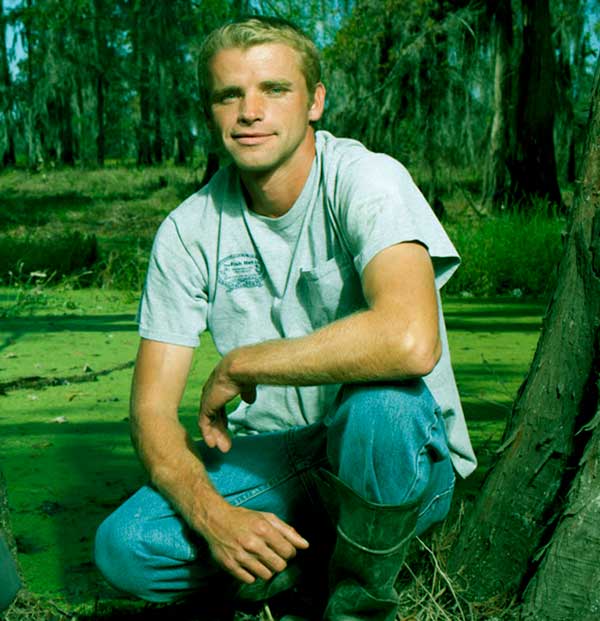 We do manage to get off with certain information, including Edwards’ married and family life. Willie is married to Sherrie Edwards, his longtime wife. They have a daughter by the name of Michaela Edwards as well as two sons, Landon and Willie IV. Fans of ‘Swamp People’ know Willie very well as “Little Willie” as he also now stars in ‘Swamp People’ from the most recent season 11. His son, Little Willie’s net worth, is still under review due to his recent debut in the series.

Chase Landry’s Net Worth and Salary

Chase Landry so far is always the young rookie on the boat despite his considerable years with ‘Swamp People’ and gator hunting. However, some seasons back, he and his equally young and enthusiastic cousin, Holden Landry, are all ready to go out on their own to make their name. Despite Chase’s significant experience and knowledge, he falls short several times to his older brother and father, who relatively outweighs his expertise. 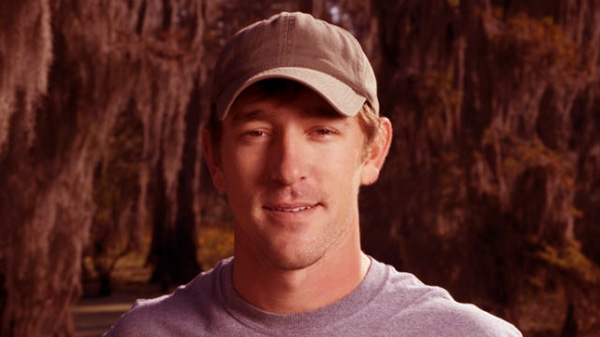 However, it’s these mishaps and blunders that make him so entertaining. Chase Landry may have bitten off more than he can chew when he open fired at another shrimp boat approaching his vessel threateningly at rapid speeds. The shots were a hit, and so was the lawsuit against chase afterward. Chase failed to arrive at the hearing, seemingly making it worse. But in the end, the whole matter was somehow swept under the rug.

We mentioned Jay Paul Molinere a lot of times and even spoke of his father, RJ Molinere. We saved the best for the last as Jay Paul Molinere is another popular member of the ‘Swamp People’ cast. He has worked with his father and other co-cast members and is a trusty shooter to have by your side when going gator hunting.

Jay Paul physically takes up after his father matching his superb physique. While his father is a professional arm wrestler, Jay Paul is a boxer. Despite a life-threatening injury to the head by a jet ski that put him on a three days coma, Molinere is the 2008 Gulf Coast Boxing Champion and Golden Gloves division champion. 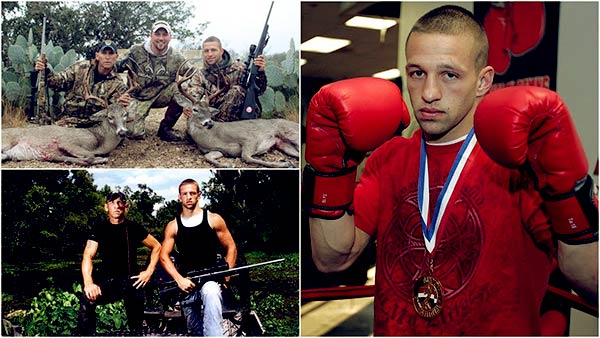 While doctors were worried he would not even be able to speak after the injury, years of therapy, and hard work would give him a chance to achieve his childhood dreams. He also has over 30 MMA wins. It is through his dual career; some sources estimate his net worth to be around $800,000. However, considering his salary of $45,000 per episode, there is no way it results in such a low net worth.

Additionally, he and his father have a new successful business of Rising Sun Bowfishing and Swamp Tours. Through this company, the father-son duo becomes guides to tourists, and they are a big hit with French and French-speaking Canadian tourists that visit there. We estimate his net worth to be a whopping $2 million as of 2020. 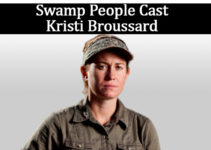 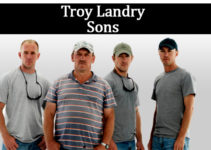 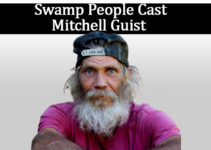