Several women find themselves in the media spotlight due to their failed marriage and divorce. These women are popular for their few broken relationships, but there is only a handful of them who have tackled their heartbreaks.

Nadine Caridi is among those women who have moved on from her failed marriage and really made progress in life. Despite being hitched twice, she has made quite the name for herself.

Who is Nadine Caridi? Bio & Age

Nadine Caridi was born on December 24, 1967. She is 52 years old as of 2020. According to her bio, Caridi’s zodiac sign is Capricorn. Despite being born in London, United Kingdom, she grew up in Bay Ridge, New York.

Talking about Nadine’s education, she went to John Dewey High School. She was passionate about her modeling career from a very young age. She had a fantastic academic score and pursued her career in acting soon after high school. Later, she received a degree in Counseling Psychology from Pacifica Graduate Institute. Finally, in 2015, she completed her Ph.D. in Somatic Psychology and Neuroscience.

One cannot deny that she had an impressive body and captivating looks, so it’s no wonder that she made so much progress in her profession. As a model, she appeared in several advertisements and commercials, including Miller Lite, an American Beer manufacturing company.

She made her name as a popular model in the 90’s. Also, she worked as an icon for several national advertisements during her long career as a model. 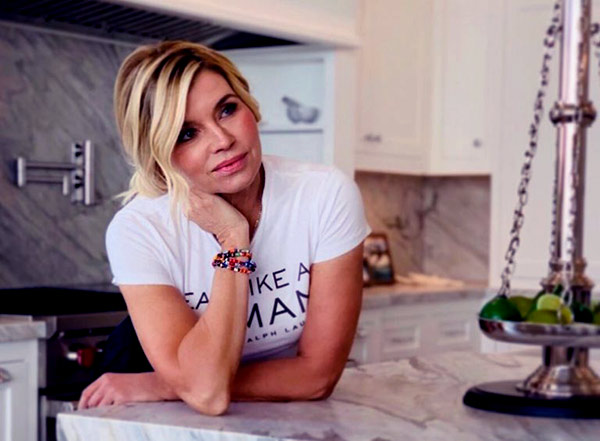 Nadine Caridi met Jordan Belfort met each other in the late ’80s. The two met at Westhampton Beach House party while Belfort was still married to his first wife, Denise Lombardo. Also, Nadine was in a relationship with Alan at the moment.

History knows Belfort as a man having a lavishing lifestyle. He often hosted significant events and parties while he had several new affairs with other girls. However, all of it came to an end when he met Nadine. 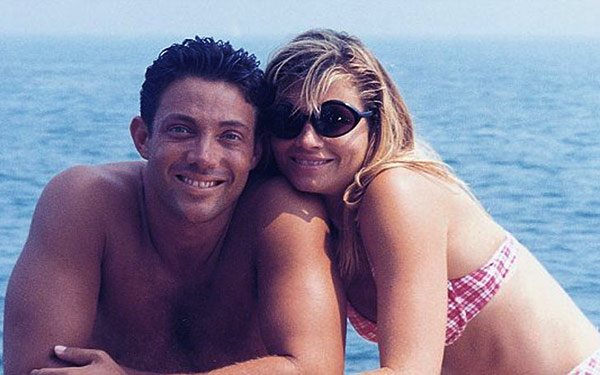 As soon as the couple laid their eyes on each other, their romance began. Early in 1991, Jordan divorced his then-wife and started dating Nadine. The same year, he proposed his new girlfriend, and the two tied the knots in a rush.

Jordan was deeply in love with Caridi and called her, “The Duchess of Bay Ridge” for her affections. Similarly, he named one of his yachts in her name that’s called, Naomi. However, in June of 1996, the yacht sank in the east coast of Sardinia.

Talking about their children, they have two together. She gave birth to their first baby boy named Carter Belfort and then came to a daughter named Chandler Belfort. However, Belfort lost custody of his children after their divorce. 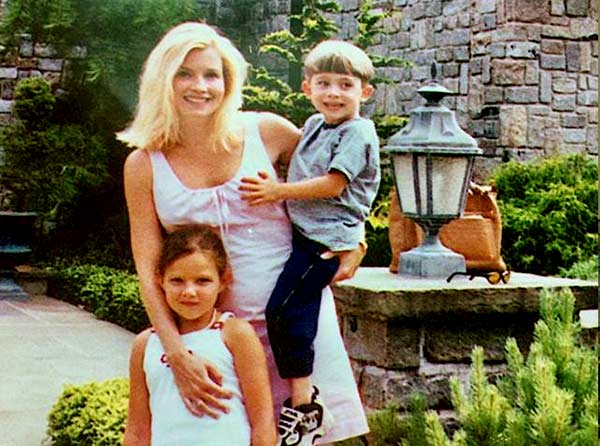 Caption: Nadine and her two children with Belfort (Carter and Chandler)

After years of being together, Nadine Caridi’s marriage with Jordan Belfort hung on a thin line, and you might have the idea as to why. As we know, the man had several affairs with other women. Additionally, he was severely hooked on to drugs.

He was a complete addict while he also abused his wife. So, Nadine had no other option but to file for a divorce in 1998. Belfort has accepted his mistakes and some disturbing events that occurred in the past.

He kicked his wife down the stairs while endangering his daughter, not once but twice. There was an accident where he was high on drugs while having Chandler on the front seat of the car. So, things had turned for the worst, and Nadine divorced her husband to keep their children safe. However, they are still good friends after the man served prison for a total of 22 months.

Caption: Nadine and her family of Seven

After her divorce with Belfort, Nadine Caridi tied the knots with John Macaluso. The two married on September 29, 2001, in Manhattan Beach. John is a former CEO of Wizard’s work and an entrepreneur as well.

It’s been a long time since Nadine and John’s marriage, and things have been no less to great. Currently, they are having a happy relationship and have a total of five children from their previous relationships.

Nadine started her career as a model from a very young age. From her stint in the commercial advertisements to her role in the fashion firm, she has gathered a considerable fortune over the years. Also, she established the Maternity Faion Company in 1993.

Talking about the recent time, she had a significant change in her line of work. From being model to a therapist, she has entirely changed her lifestyle. Nardini has a Ph.D. in counseling and somatic psychotherapy.

Now, she works as a Marriage and Family Therapist as her only profession. She started this from 2008 and continues to do her work to this day. So, Nadine Caridi’s net worth is a massive amount of $2 million as of 2020. However, the actual detail about her earning is still under wraps.

Nadine Caridi is working as a Marriage and Family therapist, so she has her personal website where she offers her services. Besides that, Nadine is active in social media, including Instagram and Twitter. She has more than a thousand posts in her Instagram account and over 10k followers.

She often posts motivational quotes while her followers have claimed it to be quite helpful. So, you can follow Nadine in her social accounts and get suggestions to go through your problems. 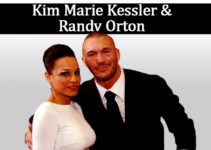 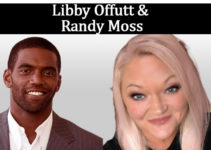 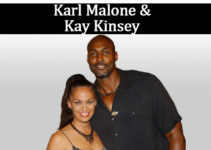