Living far away from the city and modern life in Alaska is very challenging. Many people live in the Alaskan wilderness. If you watch Nat Geo’s reality show, Life Below Zero, then you might be familiar with the cast members.

Chip and Agnes Hailstone live a traditional Inupiaq subsistence lifestyle along with their five daughters in Noorvik, Alaska. Over the seasons, the family not only works just to survive but to thrive in the beautiful Alaskan wilderness. Hailstones have secure communication and work well together.

Carol Hailstone is the daughter of Chip and Agnes Hailstone.

Caroline Hailstone was born to the reality stars Chip and Agnes Hailstone in Alaska. She spent childhood in the wilderness of Alaska. Carol’s parents haven’t released the date of birth, so it is hard to say her actual age. However, it is safe to say that she is in her teen and is enjoying her life. 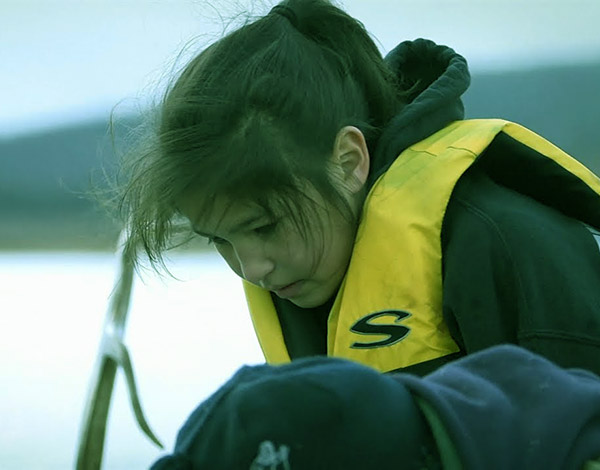 Caption: Chip and Agnes with their daughter, Carol Hailstone, for her first Caribou hunt

Carol completed her graduation from a local high school, but it is unknown whether she went to university or not. Most of the details about her life are still a mystery.

Caption: Carol and her siblings are featured on Life Below Zero

Carol’s parents took her and two sisters, Mary and Qutan, overhunting duties. Growing up in Alaska, she has learned many things from her parents and by herself. Like her parents, she loves hunting and fishing.

Her oldest sisters were initially homeschooled, and later they admitted to a local school in Noovrik. Sources claimed that Iriqtaq graduated from Noovrik High School in 2015, and a year later, she became the mother of a child. Also, Iriqtaq played basketball alongside her younger sister Mary in the final year of high school.

Carol’s sisters and brothers help in her parent’s work, like collecting foods and woods. In Season 2, Carol went for her first Caribou hunt along with her mom and dad, far 19 miles north of the arctic circle. They caught six Caribou and using every part into useful things like such as skin and fur converted into clothes and blanket.

Watch the below video from Life Below Zero.

Carol’s Parents were the OG Life Below Zero Cast

Carol’s mom, Agnes, and father, Chip rose to fame after they cast in Nat Geo reality TV series, Life Below Zero. To date, Chip appeared in 129 episodes whereas, Agnes appeared in 133 episodes. Now, the show is in its fourteen seasons. The other cast members of the show are Sue Aikens, Jessie Holmes, Erik Salitan, Glenn Villeneuve have left the show. It is all about the everyday struggles of life below zero, where one wrong decision could cost you your life.

Chip and Agnes Have Been together for Almost Three Decades.

Caroline’s parents first met in Noorvik, and eventually, the two fell in love. However, the information about their dating affair is not available. Being together for quite a long time, the two tied the nuptial around 1992.

Caption: Carol’s mom and dad have been married for over two decades

Before Chip, Agnes was married to her ex-husband, Douglas J. Carter, with whom she shared two sons. Chip and Agnes have been married for more than twenty-five years and living with their family in Noorvik, Alaska, a city of around 700 inhabitants.

Does Carol Hailstone Have a Boyfriend? Is She Pregnant?

Rumors are roaming around that Carol is the mother of a baby boy. Well, it is that the Hailstones welcomed a new member in their family, but it’s not Carol’s son. Fans even questioned that she is pregnant. The answer is to this question is no. Neither she has a boyfriend, nor she is ever pregnant. Talking about her relationship status, she is still single.

Her oldest sister Iriqtaq Hailstone gave birth to a son in November 2016. She named the child, Wade, but the identification of birth father is still under the wrap. She was diagnosed with preeclampsia.

As a first-time mother, Iriqtaq faces uncertainty and complicated medical circumstances. Iriqtaq is so lucky to have such a supportive family and experienced medical team. Now, Wade is three years and also featured in a few episodes in the show.

Back in February 2019, Life Below Zero shared a short clip of the Hailstone ladies and a little man, Wade, on Facebook. In that video, Wade was seen with his mother, aunt, and grandmother. The little boy was picking blueberries, and he looked so adorable. Take a sneak look at the below video.

The Hailstone ladies take baby Wade with them to go berry picking.

Posted by Life Below Zero on Wednesday, February 13, 2019

What is the Net Worth of Carol Hailstone?

Caroline has made her appearance along with her family in the show. A few years ago, when her father was in prison, her mother took them with her for hunting and fishing far 40-50 miles away from their home.

We rarely gathered some information about Carol, so; it’s pretty hard to estimate her net worth and salary. Well, she is yet to start her career and not to work in any of the companies. On the other hand, her mother and father make a significant salary from the show. They have been on the show since it’s beginning.

Carol’s Dad, Chip Hailstone Was Sentenced to Jail For 15 Months

The show’s viewers are aware that Chip Hailstone has had some serious legal problems. In July 2017, he was convicted of two counts of perjury and making false statements to cops. In 2011, Chip claimed that an Alaskan State trooper physically assaulted his second daughter Tinmaiq, who was 17 at the time.

Further, Hailstone said that a Noorvik resident, Jack Wells, pointed a rifle at Tinmiaq after an altercation involving his stepson Carter. Subsequently, he served three years probation. After releasing from jail, he returned on Life Below Zero and continues to be a part of the show.

Does Carol Have Social Media?

No, she doesn’t have any social media. In fact, she prefers to keep things to herself and rarely appears in the show. The young and beautiful girl is learning the trade and hunting skills from her parents. 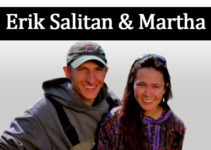