What greater humanity can we administer than to tend to other animals who we share the earth with us. All non-human life is precious from our pet dogs to rare animals of the wild. Today we talk about one of the famous personalities who are most famous for treating injured animals, not just pets and farm animals but also rare wildlife. Of course, we are talking about Dr. Michelle Oakley from Nat Geo’s ‘Dr. Oakley Yukon Vet.’ 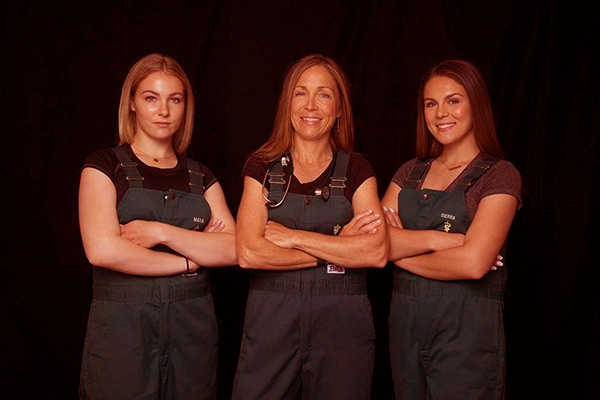 Also, get to see Michelle Oakley’s married and family life in full details along with her career;

Who is Dr. Michelle Oakley? Her Bio

Dr. Michelle Oakley is the veterinarian and wildlife conservationist who is the star of the show ‘Dr. Oakley, Yuko Vet’ as well as its sister series’ Wilderness Vet’ airing as he Saturday morning sessions. Dr. Michelle Oakley was born on September 17, 1969, in Indiana, USA.

She was born to parents Steve Plantinga, the father and Georgia Plantinga, the mother. Her father, Steve, unfortunately, is no longer with us, passing away in November 2019 at the age of 76. Growing up in a farm, she always loved animals and idolized her previous generation of National Geographic’s badass women like Jane Goodall and Dian Fossey.

She even got to meet Jane Goodall when she was 11 years old in a book signing, further solidifying her dreams to be like her. After completing studies from the Munster High School in 1987, she also got an undergraduate degree in Zoology from the University of Michigan. While always having an obsession with animals, never did Oakley have a clear direction to joining veterinary medicine until she went to Yukon for a study when she was in University.

She would then attend the Prince Edward Island’s Atlantic Veterinary Clinic in Charlottetown, Canada, to get a degree in Doctor of Veterinary Medicine.

Many only came to know Dr. Michelle Oakley after her show ‘Dr. Oakley, Yukon Vet’s premiere in 2014. So, most of you are also well aware of how colorful her life is and the wide array of talents and skills she has. Every day in Dr. Oakley’s life is different than the others. One day she could be shooting darts at wild bison for treatment and research while the very next day, she would be treating rare favorite animals like wolverine.

Even in her most off-days, she is treating animals from small pets to large farm animals. She is after all one of the very few Vets in the area as her clinic lies in the Heines Junction in Northern parts of the Yukon Territory. From the success of her show and simply just her important work as a Veterinarian, put Dr. Michelle Oakley’s net worth should be pretty high.

We should also put into mind that previously, Dr. Oakley worked in Yukon’s Fish & Wildlife department as the wildlife veterinarian & regional biologist for over nine years. She was also an intern at the Calgary zoo, where she would provide emergency vet services to the animals there.

The vastness of her career achievements makes us sure of our estimation of Dr. Michelle Oakley’s net worth of approximately $800,000 as of 2020. Her net worth has most to do from her impressive salary of almost $15,000 an episode.

Grab your seats kids because we might have just the most romantic real-life love story we have had in a while. Dr. Michelle Oakley met her husband when she came to that Yukon trip we told you earlier about when she was in the University of Michigan. She went just as a field assistant to study the arctic ground squirrel ecology. 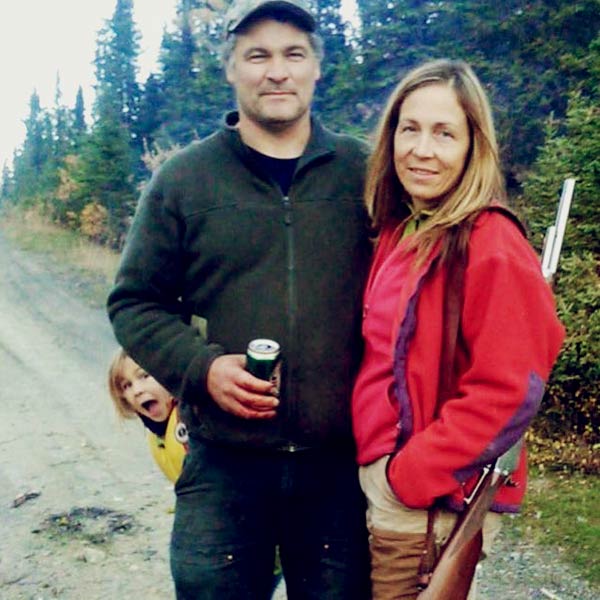 In her first trip, she did not just fall in love with Yukon but also a man by the name of Shane Oakley, who was a local in the region. Her husband, Shane Oakley, was a wildland firefighter and knowing Dr. Oakley was there to study squirrels, affectionately, or at least in good humor. We think it’s funny and adorable at the same time, but hey, at least they got married in 1992.

Now they live a joyous married life with their three daughters, who we will be talking about shortly in more detail. Now meet all her daughters individually.

Sierra Oakley is the eldest and perhaps the most famous of Dr. Michelle Oakley’s daughters. While her mother may be from Indiana, Sierra Oakley was born on July 15, 1997, in Yukon, Canada. Sierra Oakley was an athletic kid through high school playing as the left-wing forward in the girls’ hockey team. Similarly, she was also the captain of the Yukon Female Hockey Team in the 2015 Canada Winter Games. 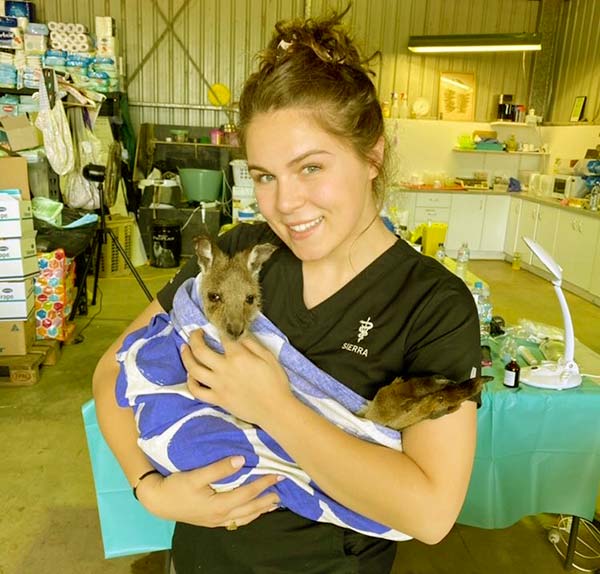 Sierra was the first of Oakley daughters we saw in the show helping her mother from a young age to treat all kinds of animals. It is not unlikely to see her now pursuing a similar field as her mother as she attends St. Francis Xavier University, enrolling in 2015 for a Pre-med Bachelor of Science Degree and graduating in 2019. Sierra Oakley’s net worth is reportedly around $40,000.

Maya Oakley is the middle child, and we got to see her together with her older sister and mom in the show. She, too, was as helpful around the clinic, and they together became a pretty terrific trio. Maya also was pretty similar to her sister in other ways. She, too, was a hockey star in high school and was the goalie for the same team of Yukon Female’s team in the Canada Winter Games of 2015. 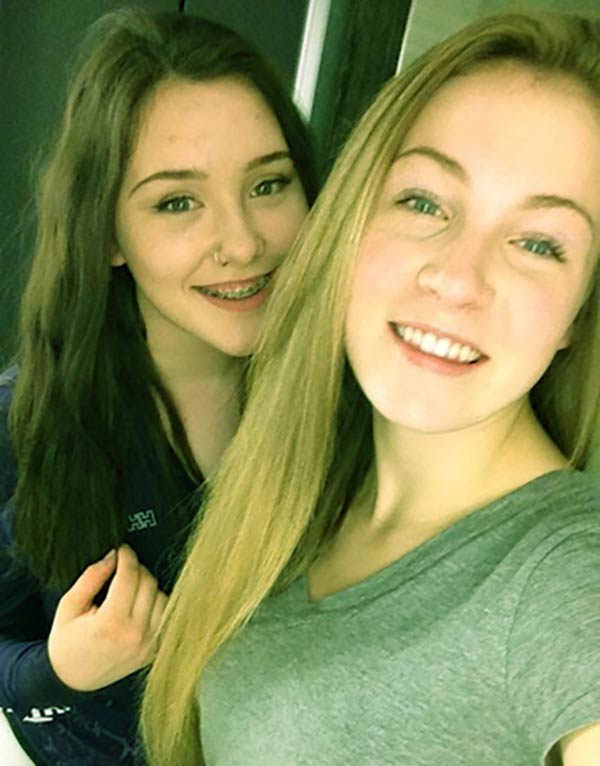 Maya was born in 2000, so she will turn 20 years old as of 2020 and is currently a senior at the University of Western Ontario. Both Sierra and Maya being college students, only work at their mother’s clinic during the summer, which is exactly when the show is shot.

The youngest and by far, the least public daughter is Willow Oakley. She became her mother’s aid much later being the youngest and also did not like to appear too much, completely missing out on the 2018 season. 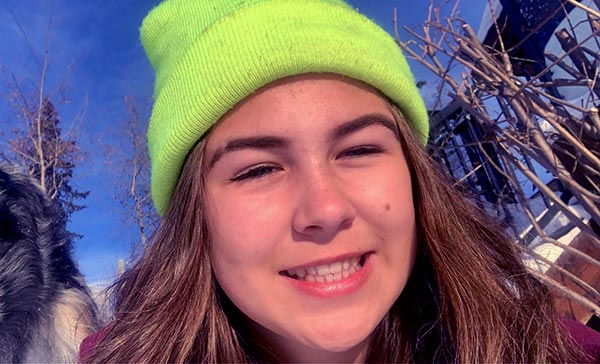 Her older sister Sierra gave the information saying, “We were always allowed to be part of the filming, or we could help behind the scenes. So we always got that choice. Willow chose not to be involved this year, which is fine.”

Willow Oakley has a Twitter account, but she is not very active in it. She is currently a sophomore in high school.