Home
TV Show Cast Member
Brian Patrick Flynn: Who Is He Married To? Know His Net Worth

Everyone has a different passion and goal. Some people turned their passion into their professional careers while others choose different paths. If you are watching HGTV’s show, then you might be familiar with Brian Patrick Flynn.

Brian Patrick Flynn is an American TV producer turned interior designer. He is known for his eclectic mix of design styles, fresh use of color, and picking up skills along the way as a set decorator for film and TV. How did he get into the interior designs? How much is his net worth? Find out.

Who is Brian Patrick Flynn?

Brian Patrick Flynn is the producer of HGTV’s show, Dream Home Giveaway, and even featured in the show since 2016. He was born in Fort Lauderdale, Florida, on April 27, 1976. As of now, Brian is 44 years old and enjoying his life with his own rules and regulations. 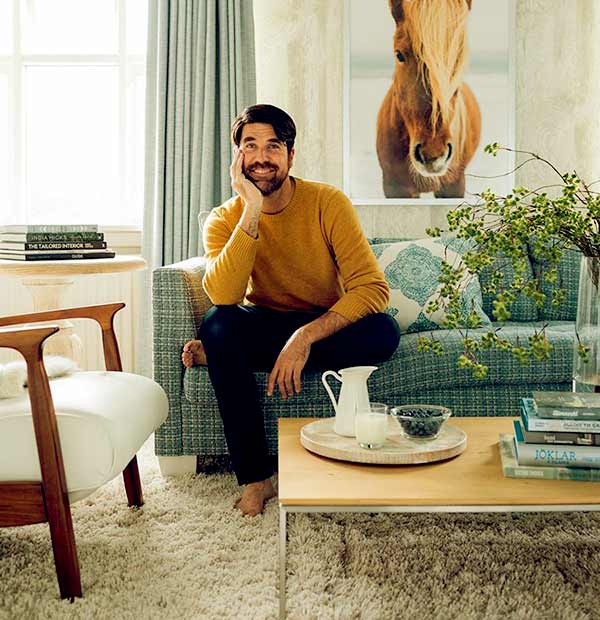 Flynn’s obsession with cinema began in his teens and learned as much about producing. Then he also studied scriptwriting, cinematography, budget management, and many things. Brian earned a degree in radio and then started working on that. As a radio personality, he exposed audiences to future music stars like Carlos Baute.

Brian Started His Television Career in 2002

Before entering television, he worked for the radio. Brian started his career as a young producer in the Atlanta based cable channel. He thrived behind the scenes writing scripts, making plans, and so on. Later the HGTV Personality worked as a news producer with NBC affiliate in Fort Lauderdale in 2002. Then he joined the cable production team of Surprise by Design on The Discovery Channel.

Her career as an Interior Designer

After moving to LA, his career took off and started working as interior design. Working years in the writing, producing, and directing programs and home improvement shows, Fyn tried his hand hands at residential interiors.

Eventually, he worked in front of a camera as a design expert on Movie & a Makeover. Also, he has featured redesigners on the HGTV series Decorating Cents and design producer for two seasons of HGTV’s reality competition, Design Star.

When you go to west Texas once and then you bring west Texas home to Georgia and everyone’s confused because there are no ranches, tumbleweeds or dry climates and therefore these hats make no sense but who cares because they look cool, and also it’s my house and I can do what I want. 📸 @rusticwhiteinteriors

Out of all his projects, Flynn’s favorite was one he tackled in 2017 in Knoxville for HGTV’ ’s Urban Oasis. He said, pushing the envelope and trying something new is what interior design is about.  While producing for television, he takes on residential projects too.

Brian Owns a Company, Elynnside Out

The TV personality Brian is a founder of the production company Flynnside Out. The company combines design expertise and professional production. He said there’s a patience that comes with having to design for the lens, and you can’t be personally attached to anything.

Brian even posts his works on his official website. He also traveled across the country during the projects and remodeled the houses. Through his actions, many people’s dream has come true.

How Much is Brian Patrick Flynn’s Net Worth?

Without a doubt, Brian Patrick is making massive money through his interior designs and other ventures. He hasn’t mentioned the actual net worth publicly. However, we assured you that he earns a jaw-dropping salary from his designing business.

He has been an interior designer for more than 12 years. In these years, Flynn has designed multiple houses. We couldn’t find the actual worth that he earned in his career. But it is safe to say that Brian’s estimated net worth is above $7 million.

In addition to his career, Brian Patrick Flynn also serves as Executive Producer. Set Designer, Writer, and prop Stylist for his projects. Furthermore, Flynn is a contributor and even a featured designer on HGTV.com.

Brian Has a Sister

The interior designer was born and raised in his hometown Fort Lauderdale, Florida. He has a sister named Angie, who is married to journalist Alfonso Arus. Currently, the designer resides in Atlanta with his husband.

Moreover, Flynn has a nephew. He shared a photo with him on Instagram, holding his nephew. In the caption, the 44-year-old wrote that his sister brought his nephew and asked him to check up on him for four days. Brian added, he sacred to hold baby, but when he took him on his arm, he didn’t even freak out. He gave a title to himself as Uncle of the Year 2019. 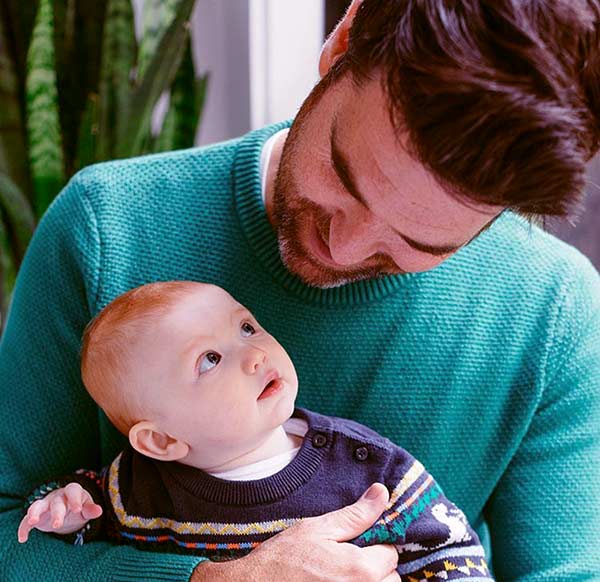 Caption: The interior designer’s playing with his nephew

The couple exchanged vows in freaking Antarctica, talk about being romantic. While most couples envision their wedding, choose exotic places such as a beach and plenty of family and friends. Well, it’s safe to say that Brian and Hollis are not most couples.

He got married to his longtime boyfriend, Hollis Smith, in Antarctica. Brian booked the cruise to celebrate his 40th birthday. Then he and his husband flew to Chile to Santiago than to Patagonia, where they went to Torres del Paine and set up an epic engagement shoot. After that, they flew to King-George Island to Antarctica. 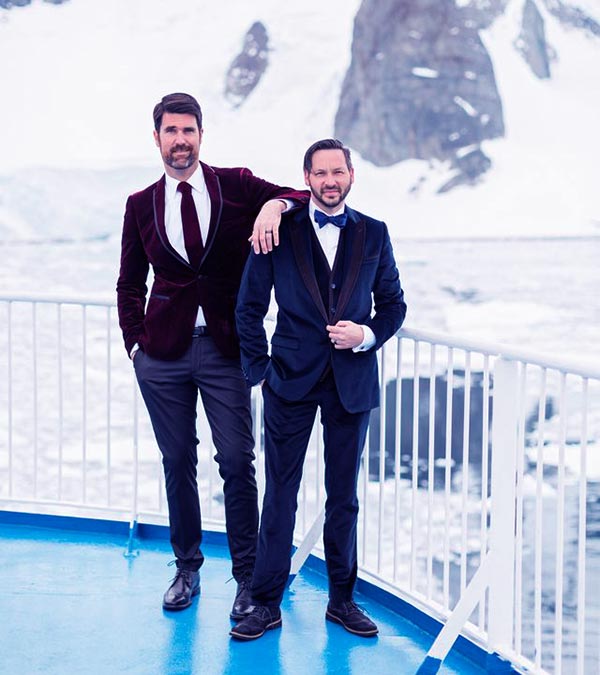 Caption: Brian Patrick Flynn and Hollis Smith got married in ice floe Antarctica after being in a relationship for more than ten years

During the eight days trip to sea, the scientists onboard all knew that Brian and Hollis were getting married, but they weren’t sure when and where. Subsequently, the exchanged vows on December 15, 2018. After returning to Atlanta, the couple celebrated their wedding with family and friends.

Flynn even gushed about his marriage on his social pages. He uploaded a picture of their wedding in the arctic. They have been married for two years and living happily together. Brian Patrick posted one photo from their wedding album on his Instagram on December 16, 2020. He was holding the hand of his husband and looking at each other.

He captioned the photo that read, “Me, “I’m a casual guy; I like to keep things simple; I don’t like to make a fuss.” Also me, **gets married on an ice floe in Antarctica, the most logistically complex and dangerous place on the entire planet surrounded by aggressive leopard seals, killer whales, and avalanches.** | Happy second anniversary and here’s to taking government-mandated antimicrobial boots and making them fashion.”

Me, “I’m a casual guy; I like to keep things simple; I don’t like to make a fuss.” Also me, **gets married on ice floe in Antarctica, the most logistically complex and dangerous place on the entire planet surrounded by aggressive leopard seals, killer whales and avalanches.** | Happy two-year anniversary and here’s to taking government-mandated antimicrobial boots and making them fashion @hgsmith6 | 📸 @rusticwhite @art_earth_adventure @jamiegarrod @s_walser @krystlejwright @gilda.fuentes

How Did Brian Meet His Husband?

Brian Patrick met her future husband, Hollis Smith, on a blind date in May of 2006. They met up at 6:30 pm and stayed up talking so a long time until the restaurant shut down.

Do you think they stop talking and went to their home? Well, Flynn and Smith ended up talking for another two hours until 2:30 am in Midtown Atlanta. They took a taxi and went back to their home. Eventually, they expressed their feelings to each other, and since then, they have been together.

As an interior designer, to expand the business, first of all, you have to promote it. There are many ways to extend the company, such as advertisements, contacts, or friends. Now, you can support the business through social networking sites such as Twitter, Facebook, and Instagram.

Similarly, Brian extends his business through his social accounts. His Instagram username is “@bpatrickflynn,” where he has over 130k followers. His Instagram fills with the photos of the house he designs.

Brian is an Animal Lover

Flynn loves dogs so much. He even has a dog named Gidget, and it’s ten years old now. Wherever Hollis and Brian travel, they took their dog with them. Scroll down to see the post.

While this self-quarantine situation is less than ideal for all of us, I think it’s safe to say our pets are loving every minute of it, particularly my own little rescue terrier and her disproportionate ears which I’m convinced are keeping our WiFi signal so strong. 📸 @sarahdorio